Tango from Finland, a film-quiz evening and interactive performances at the Berlin International Film Festival. Impressions from the sixth day of the Festival.

Finnish tango at the press conference

Press conferences at the Berlinale can be a bundle of fun. On Tuesday, 14 February, actor and singer Sakari Kuosmanen, who plays the lead in the Finnish entry “The Other Side of Hope”, suddenly struck up a Finnish tango song. Click here to watch the video.

Stars on the red carpet: a host of women and a Grande Dame of French cinema

On the sixth day of the Berlinale there were still big stars flowing across the red carpet: French actress Catherine Deneuve was guesting at the Festival, this time with the film “The Midwife”. And that evening, British actor Robert Pattinson, renowned from “Twilight”, crossed the red carpet. He had arrived together with his fellow actors Sienna Miller and Charlie Hunnam as well as director James Gray for the screening of the film “The Lost City of Z”. Much to the delight above all of the female autograph seekers who had happily waited countless hours, Pattinson took his time walking along the row of fans thronging the red carpet. The film then began a good 30 minutes late.

German comedies on the up, part 3: “Back for Good”

“Back for Good” is the film Mia Spengler made as her graduation project – she has Korean roots and studied directing. The film not only left the Festival audience laughing hard, but also tells an exciting story: that of Angie, a former trash-TV starlet, her hated mother and her pubescent sister. “Back for Good” opened the Berlin International Film Festival section “Perspektive Deutsches Kino”, which showcases the future profile of German cinema. For Mia Spengler it is a “huge honour” to have her work screened at the Festival, as she told Deutschland.de. “We had a great evening at the premiere and the audience response was truly overwhelming. The three and a half years of work were really worthwhile,” Mia Spengler comments. For the film she first conducted countless interviews with B-list celebrities: “I was privileged to meet countless inspiring people who convinced me that this story about the emphatic inner world of a reality-TV starlet simply had to be told,” she continues. 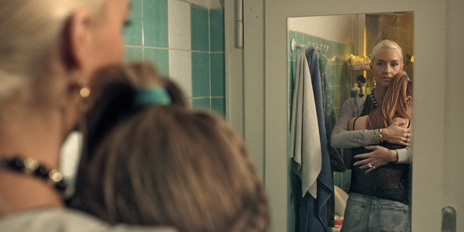 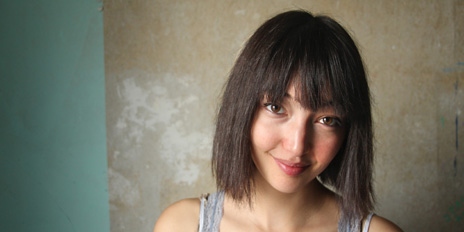 Interactive performances at the Berlinale 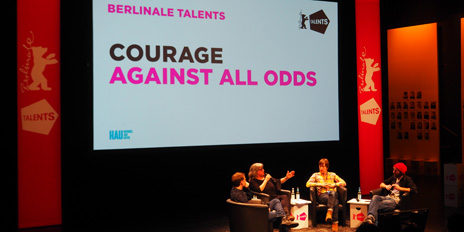 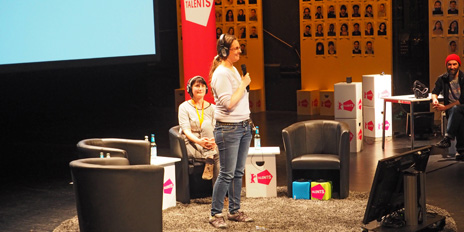 Books often provide the stuff of new movies. The “Books at Berlinale” event invited producers to discover potential literature for films. The novels selected were presented at a pitch as part of the “Berlinale Co-Production Market”. The 12 books in this year’s “Books at Berlinale” stem from publishers and agencies from nine different countries, including Great Britain, Brazil and Germany. Among them were new novels by bestselling Swiss author Martin Suter and Dutch writer Herman Koch, whose international success “Angerichtet” / “Het Dinner” / “The Dinner” was a Berlinale entry with Richard Gere in the main role.

Film quiz on the red carpet

“Your friends have a high mortality rate, Frank.” It’s a world famous quote, but from which film? Right, from “Once Upon a Time in the West”. Famous film quotes such as this took pride of place at the film-quiz evenings at the Berlin International Film Festival. Visitors had to identify quotes, film and sound clips, not to mention solve word puzzles relating to jubilees, birthdays, remakes, anecdotes and film genres of all kinds. An entertaining evening as part of the Berlinale Open House programme at the Audi Berlinale Lounge. 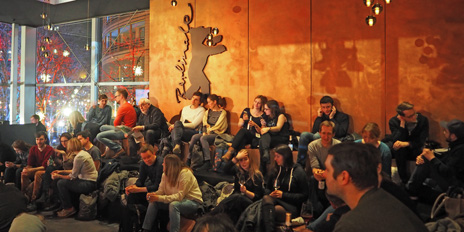 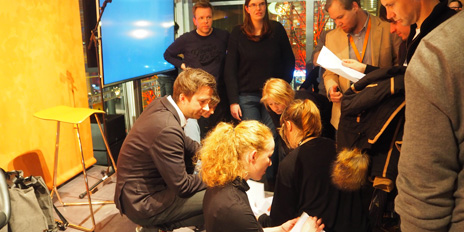 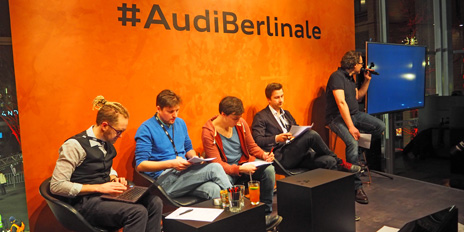