Documenta 14 is symbolic of many particularities of the German cultural landscape. We visited with a group of international guests.

The year 2017 is a feast for art lovers. The Documenta is on in Kassel, the “Skulptur Projekte” (Sculpture Projects) in Münster and the Biennale in Venice. The three renowned festivals only coincide every ten years. And so the guests of the Federal Republic of Germany’s Visitors Programme arrived full of joyful anticipation – over 20 museum directors, curators, artists and critics from different regions of the world came to attend the Documenta.

Some guests might find it somewhat quizzical that what is probably the most important exhibition for contemporary art world-wide is hosted by a city of 200,000 people in Hessen. Bulgarian-born art expert Vlado Velkow, who has lived in Berlin for many years, explained why this is the case by providing an overview of the German cultural landscape. One of its characteristics, of course, is decentralization. In contrast to other European countries, not everything is concentrated in the capital when it comes to art-related events. “There has been a strong movement towards Berlin for some time now, but it is not really typical. Many important art institutions can be found in smaller cities.” 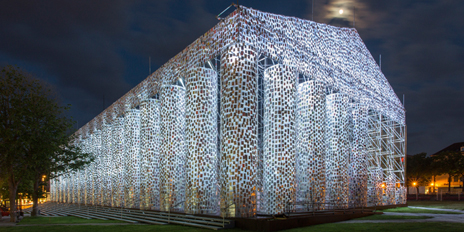 Velkow also addressed the financing of art and culture in Germany – a topic the guests were especially interested in, seeing as many of them run cultural institutions and have to fight for funding time and again. Some found it remarkable that large industrial companies also help fund the Documenta. “Why do corporations do that, are they hoping to achieve tax advantages?” asked Živilė Etevičiūtė, a festival manager from Lithuania. “In part, but another reason is passion,” Velkow replied. “They want to join in when it comes to shaping the region and make their city or region more attractive.”

Several other particularities of the German cultural landscape, comprising around 80,000 artists and 6,000 museums, also provided food for conversation – the role of the communal Sparkasse banks for example, or the idea of the Kunstverein. There are around 500 such associations of friends of the arts in Germany, Velkow explained. He himself runs a Kunstverein in Arnsberg in the Sauerland region. Having started off as a somewhat elitist format around 200 years ago, the typical Kunstverein of today is an open group that organizes exhibitions – often with a great deal of private commitment – and fosters exchange via art. 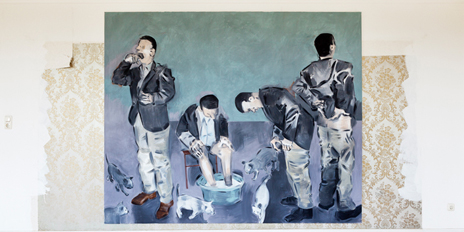 Arthur Kgokong from South Africa thought it was astonishing how deeply cultural awareness was anchored in German society, commenting that “This country can count itself lucky.” Kgokong is a curator at the City of Tshwane Pretoria Art Museum. He constantly struggles to broaden social appreciation of art and believes that the differences between the countries are also connected to the situation of their respective middle classes. Whereas the middle class in Germany is large, generally with a good income and diverse interests, he noted, the South African middle class is under a lot of economic pressure and not particularly interested in art.

Kgokong’s dream is an exchange programme with three artists each from Germany and South Africa, who were born after the fall of the Berlin Wall and the end of Apartheid respectively. Supporting young art is especially close to his heart, and he sees much potential in his home country – but is also aware of the challenges: “It is a long journey to the Documenta for an African artist.”

Of course, the Documenta has long been showing artwork from across the globe. Founded in 1955 by Kassel-based art scholar Arnold Bode, it did however begin by being restricted to Germany and Europe. Ten years after the end of the Second World War, Bode wanted to show the Germans what they had missed in terms of contemporary European art. “The idea was an educational one,” said Itamar Gov of the curatorial team headed by Adam Szymczyk. After the Nazis had vilified Modern art as ‘degenerate’, the Documenta aimed to allow German people to recognize its value anew. “This is why information is always also important to the Documenta, namely, the text accompanying the work: Who is the artist and what is the background against which they created the piece?”

Gov further explained to the guests just how elaborate planning an art event of this size really is. This time, works by more than 200 artists are on view, and they are shown spread out across the entire city. “Preparations for the next Documenta always begin right after the previous one has ended; it is a long process of five years.” Another thing that is special about Documenta 14 is that it is the first to take place in two cities, namely Kassel and Athens. The exhibition held in the Greek capital began back in April. “The approach is not simply copying the Documenta in Athens, but working with the institutions in both cities.” And the exchange really does work in both directions: Museum Fridericianum, one of the centres of the Documenta, is showing the collection of the National Museum of Contemporary Art in Athens for the duration of the exhibition.