The book trade considers the Leipzig Book Fair the most important spring meet. Impressions from the first day of the fair.

Through to 26 March Leipzig is once again the meeting point for authors, publishing companies and literature lovers. A total of almost 2,500 exhibitors from 43 different countries will be presenting their new publications and technological innovations, too. Moreover, visitors can look forward to panel discussions, lectures, art actions and “Leipzig liest”, Europe’s largest reading festival. 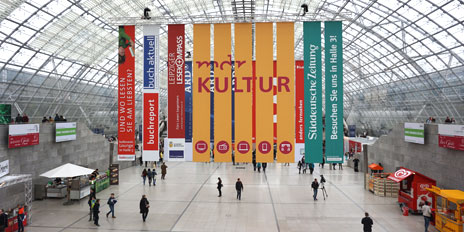 Luther in a Poetry Slam

It’s the 500th anniversary of the Reformation and only logical that Luther is also the subject of a poetry slam. At the book fair, participants in the “machtWORTE!” Poetry Slam presented texts on the topic of “The Reformation and Freedom”. In keeping with Reformation Jubilee Year 2017 the participants offer a critical and contemporary take on the consequences of the Reformation and show how topical the issues still are today. As part of the Poetry Slam series, during the knock-out round poetry slammers from all over Germany will say their piece and in their very own ways address Reformation Jubilee Year 2017. The grand final will be held in Berlin in the autumn of 2017. 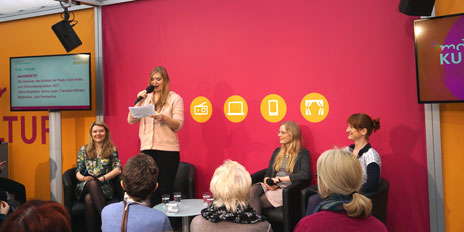 This year, Lithuania is Guest of Honour at the Book Fair. Taking as their motto “To Be Continued”, both bestseller authors and young writers are presenting their country at some 60 different events. There will be readings and discussions with Lithuanian writers all over Leipzig – and a music programme featuring an “Organ Safari”. In time for the book fair, 25 new publications by Lithuanian authors have been translated into German, including famed contemporary authors such as Tomas Venclova. Moreover, a book on German-Lithuanian culinary relations has also appeared: Two Lithuanian scientists have combed through cookery books from the 17th to the 20th centuries for recipes that found their way from Germany to Lithuania or took the opposite route. The opening of the Lithuanian booth was well attended at the book fair and the Lithuanian Ambassador to Germany and a Lithuanian band were on hand to cordially welcome everyone. 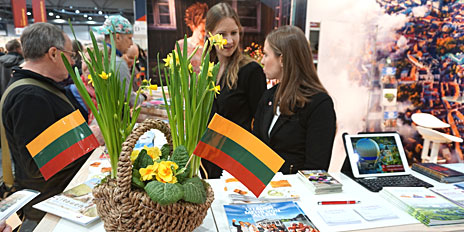 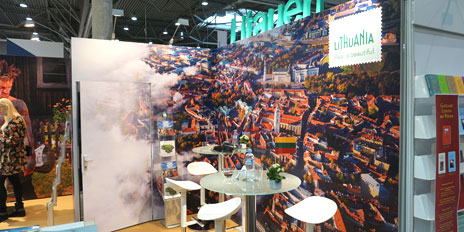 Opening of the Lithuanian booth

It is an unwritten rule that authors should choose their first sentence well, as it must make readers want to read at least the next one, too. In Leipzig visitors could put the rule to the test in the form of a word championship. First, sentences from completely different works competed with one another. And the visitors were able to decide which sentence made it to the next round – which started immediately. There was then more to be heard about the texts that also survived the second sentence. 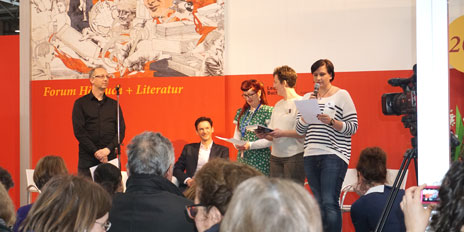 A focus on literary translation 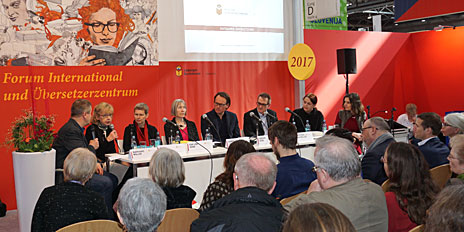 At the book fair, young people can spend an entire day finding out about the training opportunities and latest trends, networking with book trade companies – at The Book + Media Careers Day. The breadth of subjects covered by the lectures extends from opportunities in the worlds of publishing and the book trade through modern forms of working to useful tools when writing a job application. 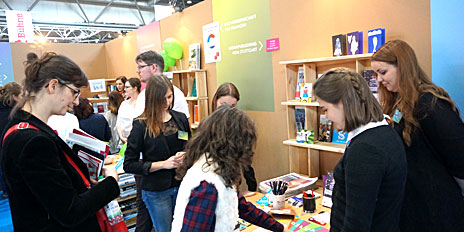 The first day of the book fair culminated in the awards ceremony for the Leipzig Book Fair Prize. A seven-member jury consisting of literary critics and journalists selected the winners. In the “Literature” category the honour went this year to author Natascha Wodin for her novel “Sie kam aus Mariupol” (“She came from Mariupol”). The author sifts through history to tell the story of her mother, who was abducted by the Nazis and forced to do slave labour in Germany. Other winners of the Leipzig Book Fair Prize were translator Eva Lüdi Kong and non-fiction writer Barbara Stollberg-Rilinger. For the first time, the Leipzig Book Fair Prize has thus gone to three women. The Book Fair Prize in the “Non-Fiction/Essays” category went to Barbara Stollberg-Rilinger for her book “Maria Theresia. Die Kaiserin in ihrer Zeit”. In the “Translation” category it was awarded to Eva Lüdi Kong for “Die Reise in den Westen”. The “Journey to the West” is one of the most popular books in Chinese literature. However, although now some 400 years old, it was not available in German until Lüdi Kong translated it. The translation took many years to complete. 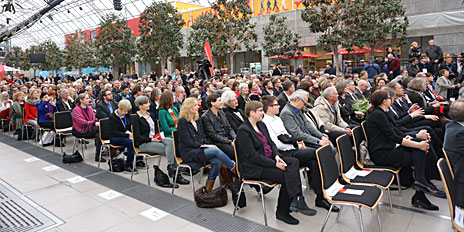 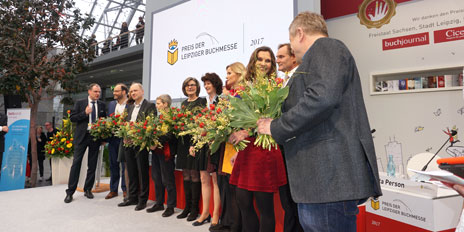 This category will take you to portals that will tell you all about the print media and you will find your newspaper on the net.
Read more