Borders only on paper

It is a highly successful European project: for 30 years now, the EU Erasmus Programme has been enabling EU students, apprentices, interns and academics to spend periods abroad.

“I am a citizen of the world, my homeland is everywhere, I am a foreigner everywhere.” When the humanist Erasmus of Rotterdam wrote this sentence in a letter, he had already travelled widely in Europe in order to learn, study and teach. In his day, in the 15th and 16th century, however, he was not able to travel as easily as we can today. Five hundred years later, a very special initiative was launched for inquisitive citizens of the world. In 1987, in honour of Erasmus, the European Union set up the programme that bears his name to make it easier for students to study outside their own national borders – with the first 244 participants from eleven countries.

In fact, the programme’s real and rather bureaucratic-sounding name is European Community Action Scheme for the Mobility of University Students. The programme aims to help people set up a study visit anywhere in Europe – for example, at a Spanish university or for an internship with a Polish company – with as little red tape as possible. During the last 30 years almost 1.3 million students have benefited from this in Germany alone, where the exchange is coordinated by the German Academic Exchange Service (DAAD). A total of nine million people have taken part in the programme as a whole. In 2014, the programme was expanded to form Erasmus+, and its funding was increased by 40%. 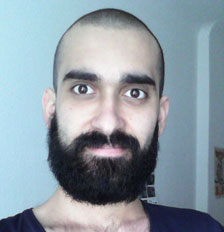 José Gil is one of the participants. The 22-year-old student from Coimbra, the oldest Portuguese university town, is in his seventh semester of a pharmacy course. In summer 2016, he moved to Freie Universität Berlin for two semesters – as one of roughly 1,000 foreign Erasmus+ students that the FU accepts every year. “Of course, the weather is worse than at home,” but Gil still likes the city. “There are more seminars in Berlin, and students have more opportunities for discussion and gain more practical knowledge,” says Gil.

“The FU has taken part in the Erasmus Programme from the very outset and is one of the German universities that receive the highest number of foreign students through the exchange programme,” reports Gesa Heym-Halayqa, Erasmus+ higher education coordinator at Freie Universität. In addition, the FU sends some 650 students, an average of 50 university teachers and 30 other staff as well as 80 participants who are completing internships in the partner countries to Erasmus+ partner universities outside Germany.

And what will José Gil get out of his stay? “I think that knowing the very disciplined and professional system in Germany can only be advantageous for my future career,” he believes. Gil would like to realise his dream of going into research or becoming an academic in Germany. He has not only learnt a great deal here. He has also found a girlfriend in Berlin.

Gil’s story is not unusual. Certainly, the main goals of the programme primarily centre on increasing mobility, providing intercultural experience and improving labour market prospects. Some 450 million euros a year from the EU member states flow into the programme, which today enables not only students, but also school students, organisations and teachers to undertake stays abroad.

Nevertheless, as a study presented by the European Commission in 2014 shows, former Erasmus students do not only enter the labour market earlier and have better career prospects. Some 27% of them also meet their future life partners during their stay abroad. The European Commission estimates that one million “Erasmus babies” have been born since the programme began. 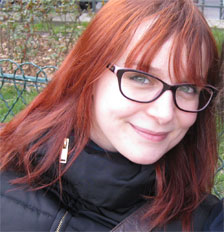 And in addition to this there are undoubtedly countless stories to be told of new friendships and increased self-confidence. Jule Zenker is someone who has a lot to report here. In 2012 she moved from Heidelberg University to Liege in Belgium for one semester to improve her French and gain international experience. “At first, I found it difficult to make friends with Belgians,” recalls Zenker, who is now 26 and works as a translator and interpreter in Berlin. “On my first day there at the university all the seats around me remained empty. But at the end of the day other students tapped me on my shoulder and asked who I was.” The courses in Belgium were more regimented and, ultimately, the number of credit points was limited, explains Zenker. But what she brought back home after her semester there was “top French, greater self-assurance, new friends and unique experiences with lots of international people”.

Erasmus+ provides support for students, interns and teaching staff abroad not only with language courses and help in finding accommodation. The tuition fees at the host higher education institution and a grant for the Erasmus+ stay are also paid for the participants. Any gap is filled, for example, with a student loan (Auslands-Bafög), financial support from parents or, as in José Gil’s case, by working part-time. He earns money in Berlin by teaching the ukulele. “That’s not only fun, but I also carry on learning German from my students,” he says. After all, admits Gil, he still hasn’t mastered the language fluently.