Viewpoint: Political scientists Jana Puglierin and Julian Rappold explain why foreign and security policy could act as “cement” for the European Union.

When the heads of state and government of the European Union come together on 25 March 2017 in order to celebrate the 60th anniversary of the Treaties of Rome the general mood may be somewhat subdued. The EU has been in the stranglehold of a range of mutually reinforcing crises for years: The economic and social upheavals have driven a wedge between the North and South European member states and their societies. Parallel to this, a rift between the West and East of the EU has occurred as a result of the refugee crisis. The terrorist attacks in Paris, Brussels and Berlin have fundamentally shaken the sense of security of many Europeans. The two big historical successes of European integration – the Euro and the abolition of internal European borders – are at risk. But it has been the Brexit referendum in particular that has shown that the European process of integration can also be reversed.

The referendum further symbolizes a new, worrying trend within the EU: The relationship between citizens and state is on the rocks. The British decision reflects, by way of example, the growing Euro-scepticism and populism dividing societies across Europe, spreading mistrust and fear and rattling the party-political landscapes. It is therefore an illusion to believe that the Brits were never really part of the EU anyway and that it will now – after they are no longer holding the rest of the community of states back – be possible to implement further steps towards integration without much resistance. Regardless of the respective election results in the Netherlands, in France and in Germany, the complex and intertwined crises will force the EU27 and functionaries in Brussels to face up to the fact that the European project has lost some of its lustre.

Despite several considerable steps taken towards integration as a reaction to the crises of recent years, such as for example the creation of the banking union, it has not yet been possible to resolve any of these crises to any considerable degree. On the contrary, the EU is in the grip of the fatigue syndrome, while the willingness shown by the heads of state and government to find shared European solutions is dwindling further and further. It seems as though the EU is quite unable to go either forwards or backwards at the moment – at least not with the 27 members marching in step. President of the European Commission Jean-Claude Juncker refraining from proposing tangible solutions in his white paper and offering a discussion of options instead also attests to there currently being considerable differences between the EU states that are difficult to reconcile.

A possible way out could lie in a stronger differentiation of the integration process. This could mean that the member states willing to do so could deepen their cooperation in select policy sectors, while the option to join in will continue to be left open to latecomers that want to make the next step towards integration at a later point. Or the EU27 states as a whole could focus on doing more in certain policy areas while scaling back their involvement in others. Whatever the case may be, it will be necessary for this type of differentiated integration to occur together with a higher degree of transparency and traceability, through enabling more participation by citizens and the public in the political decision-making process at the EU level.

One area of closer cooperation all EU member states and their societies ought to be interested in is foreign and security policy. This could provide the “cement” holding Europeans together despite all differences. Because the times in which Europe was as prosperous, safe and free as it ever was are long gone. A slur of crises, ranging from state disintegration, bloody conflicts and economic hardship, has swept through regions from North Africa to the Caspian Sea and is driving ever more refugees to Europe. In addition, after Donald Trump’s accession to the office of American president transatlantic relationships, a former constant of postwar order, are beginning to crumble.

Yet it is important, now more so than ever, that member states stand together in this policy area and that the EU finally evolves into a strong agent in terms of foreign and security policy. No member state is able to meet these challenges alone. And Great Britain, too, must be included in the close cooperation, as the EU will remain dependent on British diplomatic, military and security policy abilities even after Brexit. In her keynote speech, the British Prime Minister Theresa May suggested that she saw the British contribution to European security as being one of her most important “trump cards” for negotiating a good Brexit deal for the United Kingdom. But the British commitment to foreign and security policy should not be allowed to become subject to negotiation. Instead, the EU27 must signal to London in good time that they are interested in a close partnership, and make this attractive to Theresa May.

Of course this cannot entirely compensate for the EU member states’ differences and lack of impetus for cooperation and integration in other policy areas such as the economic and monetary union. But closer cooperation in foreign and security policy may help find a further shared framework for the EU27 alongside the domestic market, a framework within which member states will in future be able to operate more flexibly. This would satisfy the expectations of EU citizens and the EU27 would then be able to quite tangibly prove the added value the EU provides. 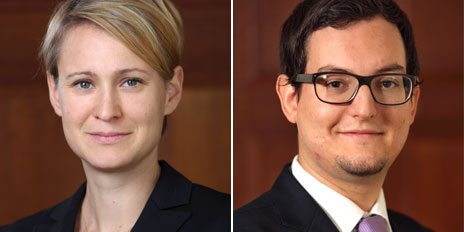