One country – many differences

There are many differences between east and west – and also between north and south. Surprising insights: Germany, 30 years after the fall of the Wall.

Attractive contrast: farming in front of the Frankfurt skyline meinzahn/123rf.com

When people talk about regional differences in Germany, since reunification many compare east and west. But that is only half the truth. On many issues, contrasts can be found between north and south, and on others between south and west or north and east. These comparisons can be surprising – see for yourself: 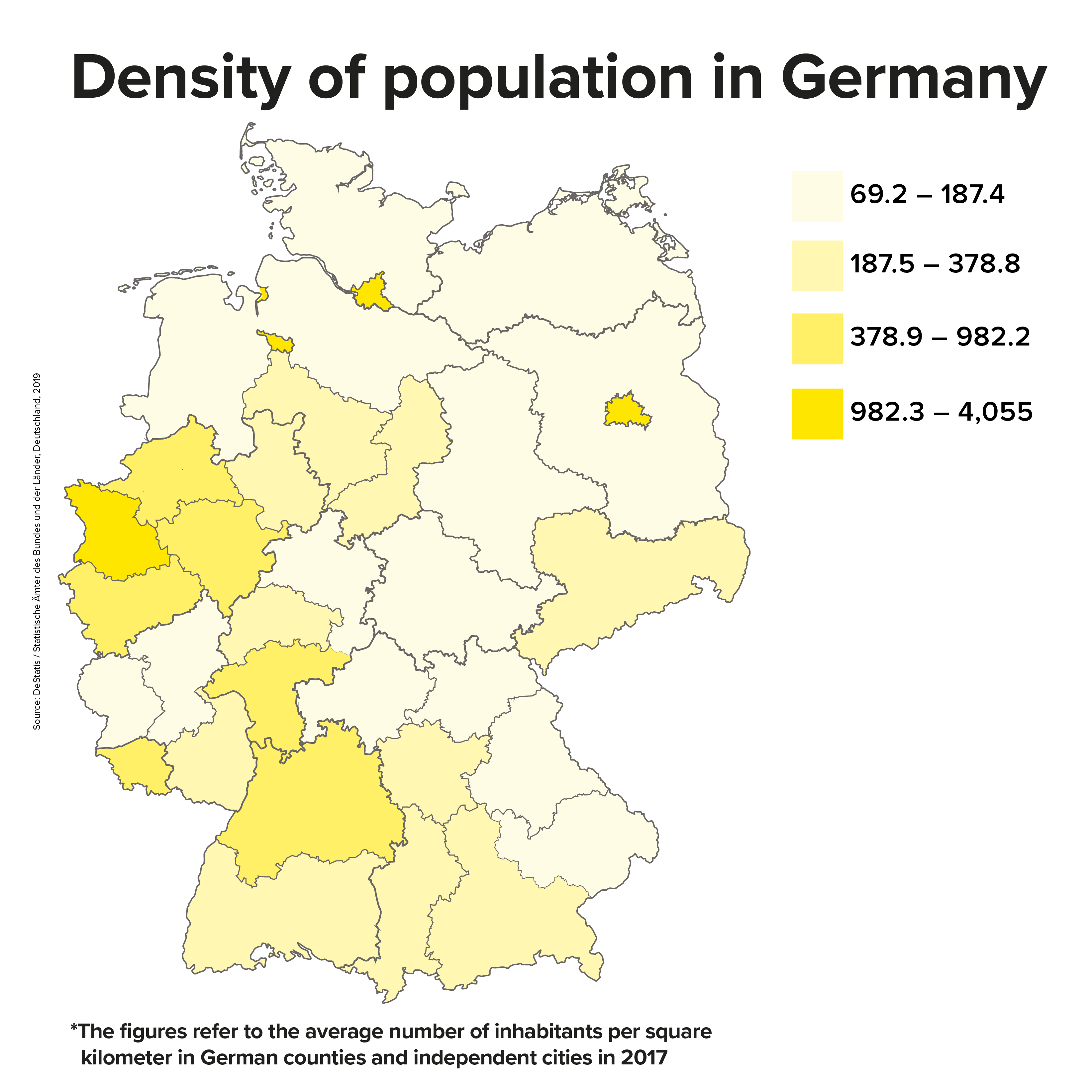 Population centres often correspond with economic centres because people move where they can find work. Traditionally, comparatively few people live in the agricultural northeast. From there a broad strip of thinly populated territory stretches to the south through densely forested landscapes. 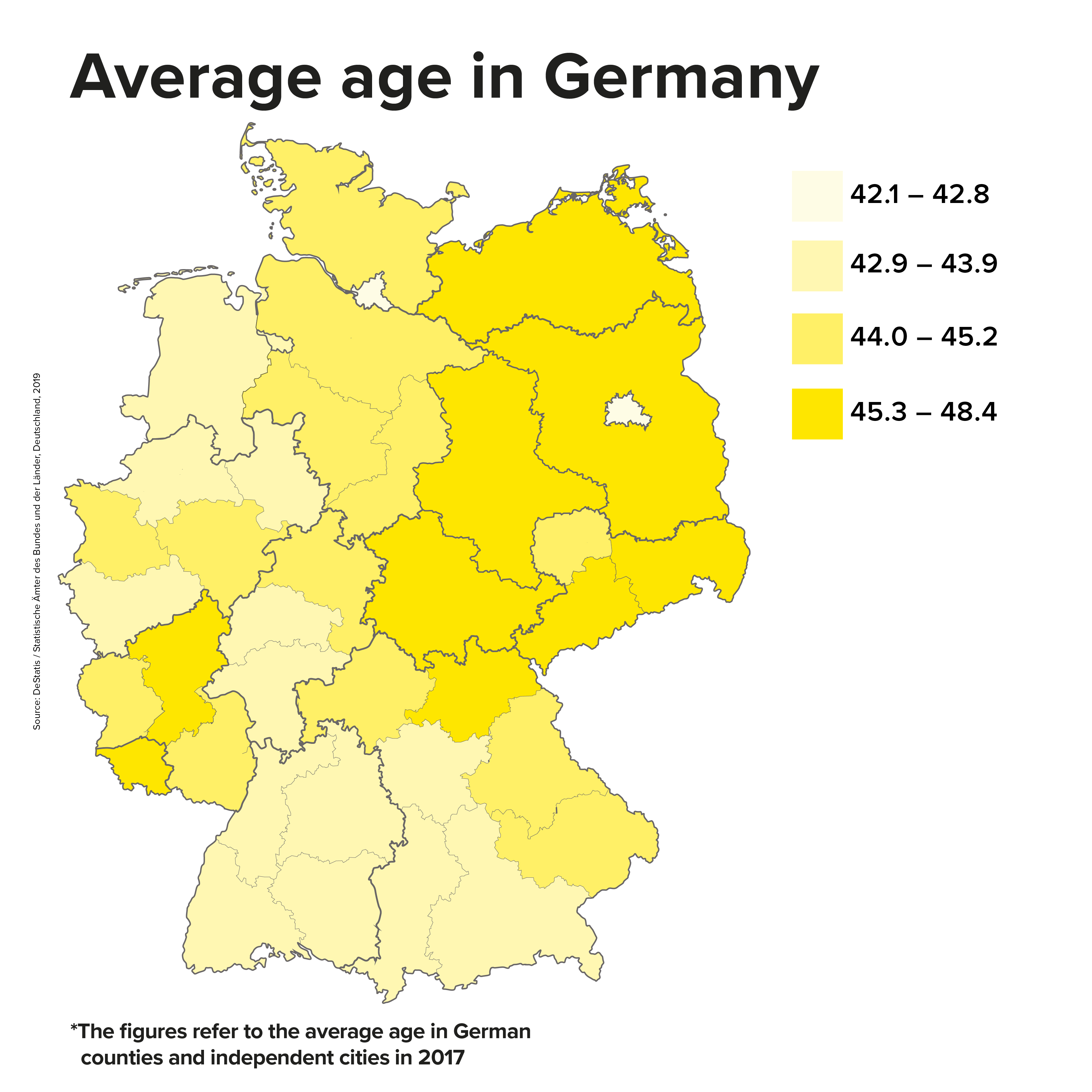 A high average age can have various reasons. In the new German states it is primarily due to the fact that large numbers of young people moved to the west in search of training and work after the collapse of the GDR economy. 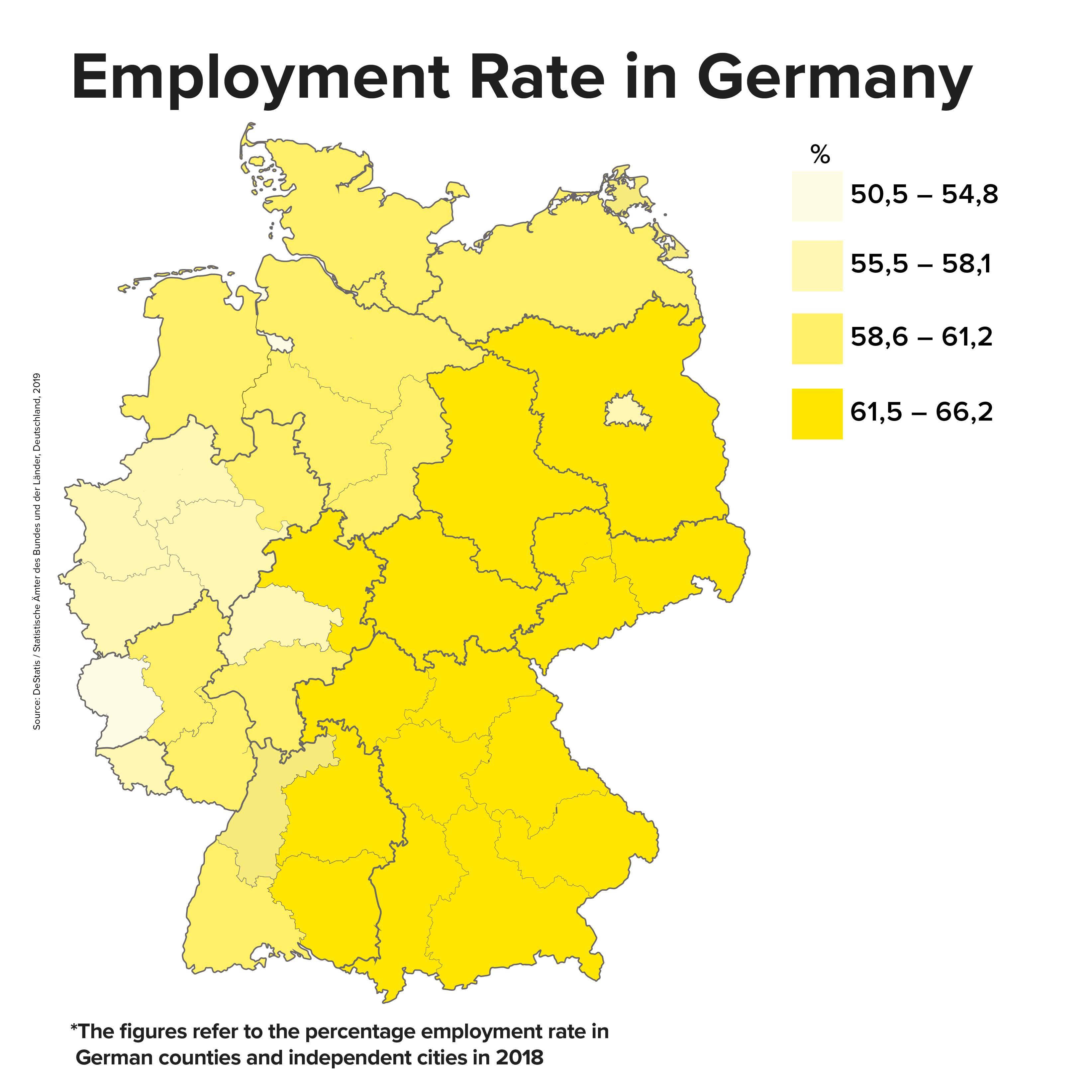 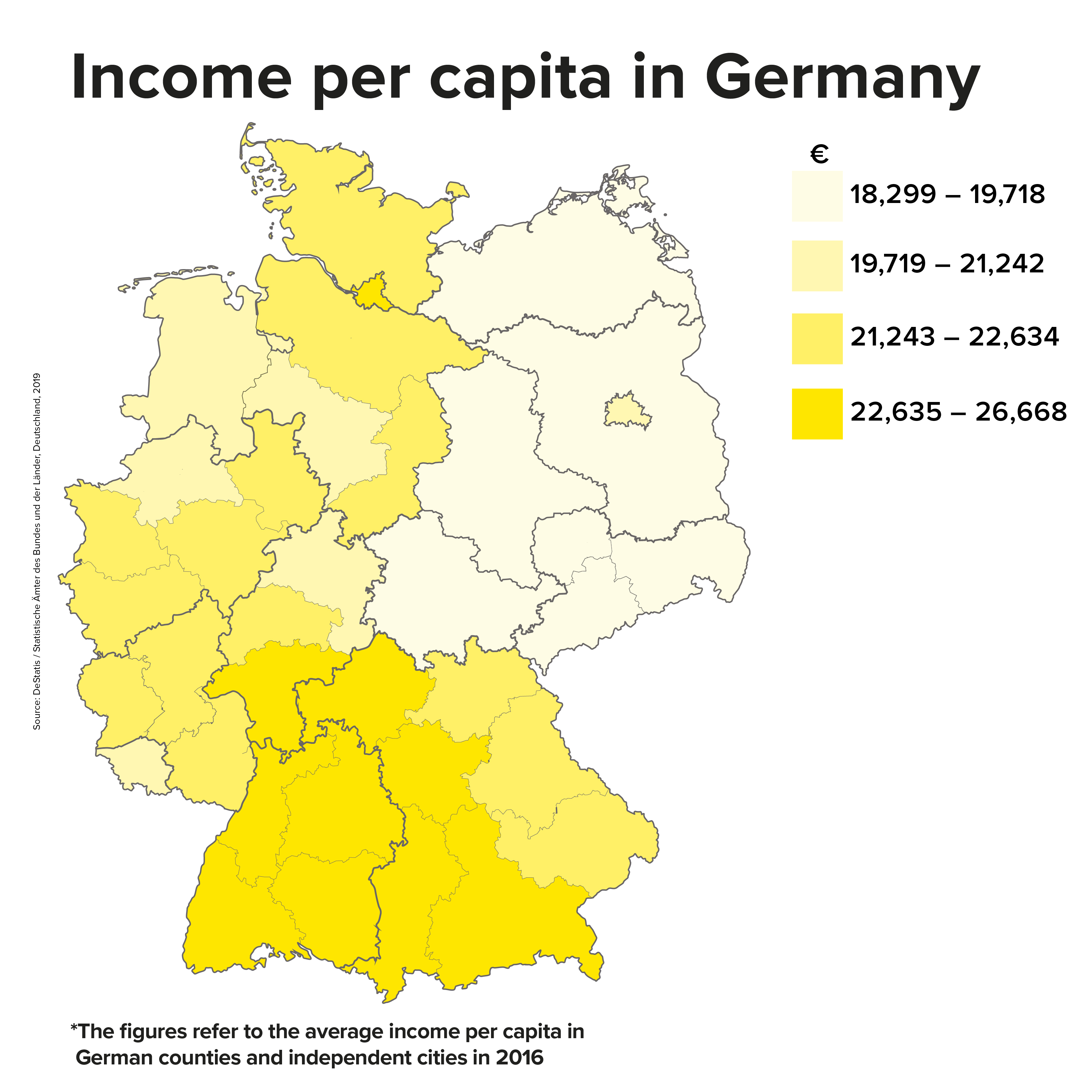 Per capita income is highest where lots of people have well-paid work. These centres are mainly located in the south. Hamburg is an exception here. 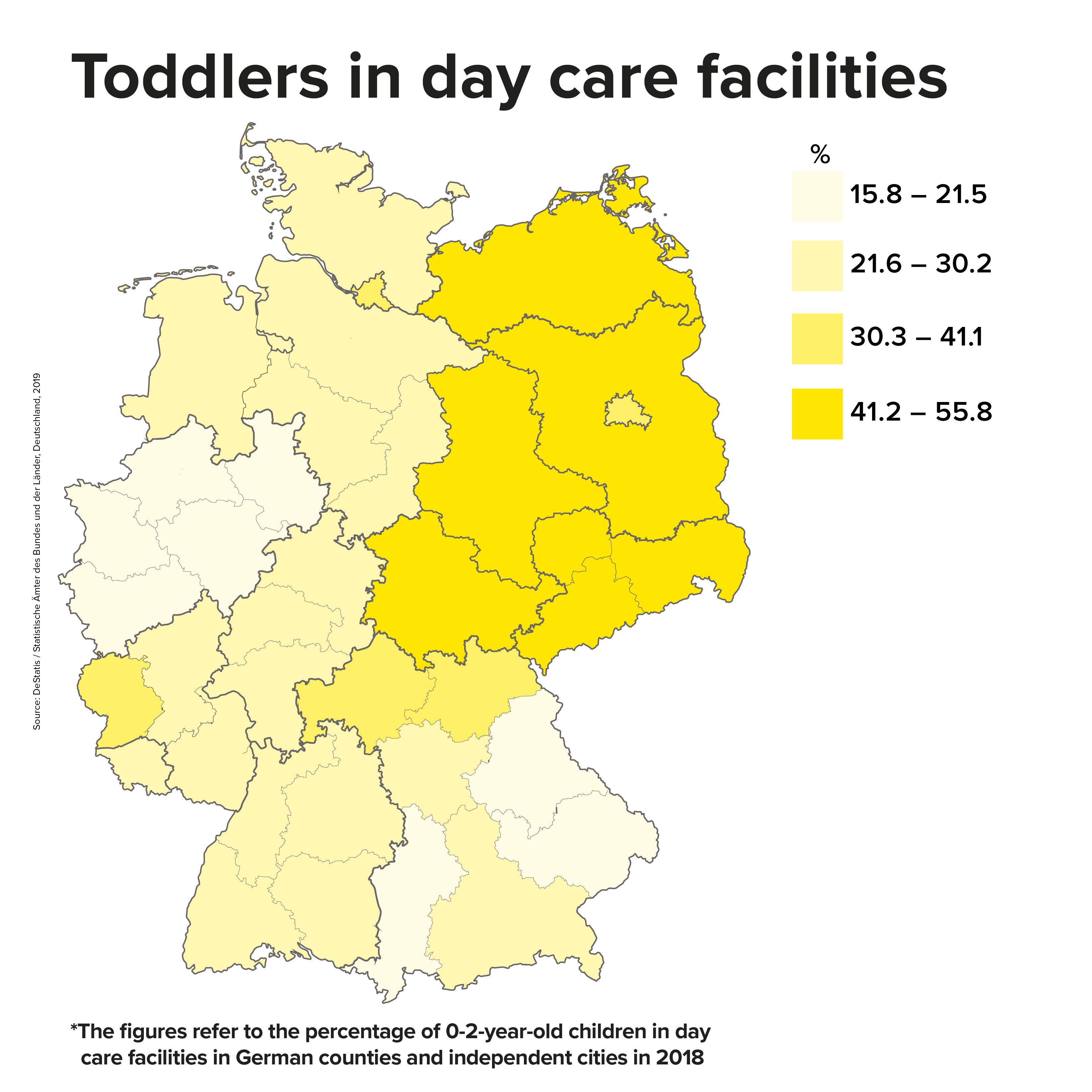 Childcare was a major government responsibility in the former GDR because of the high proportion of working women. Today, childcare provision for young children is still significantly better in the new German states than in the rest of the country. 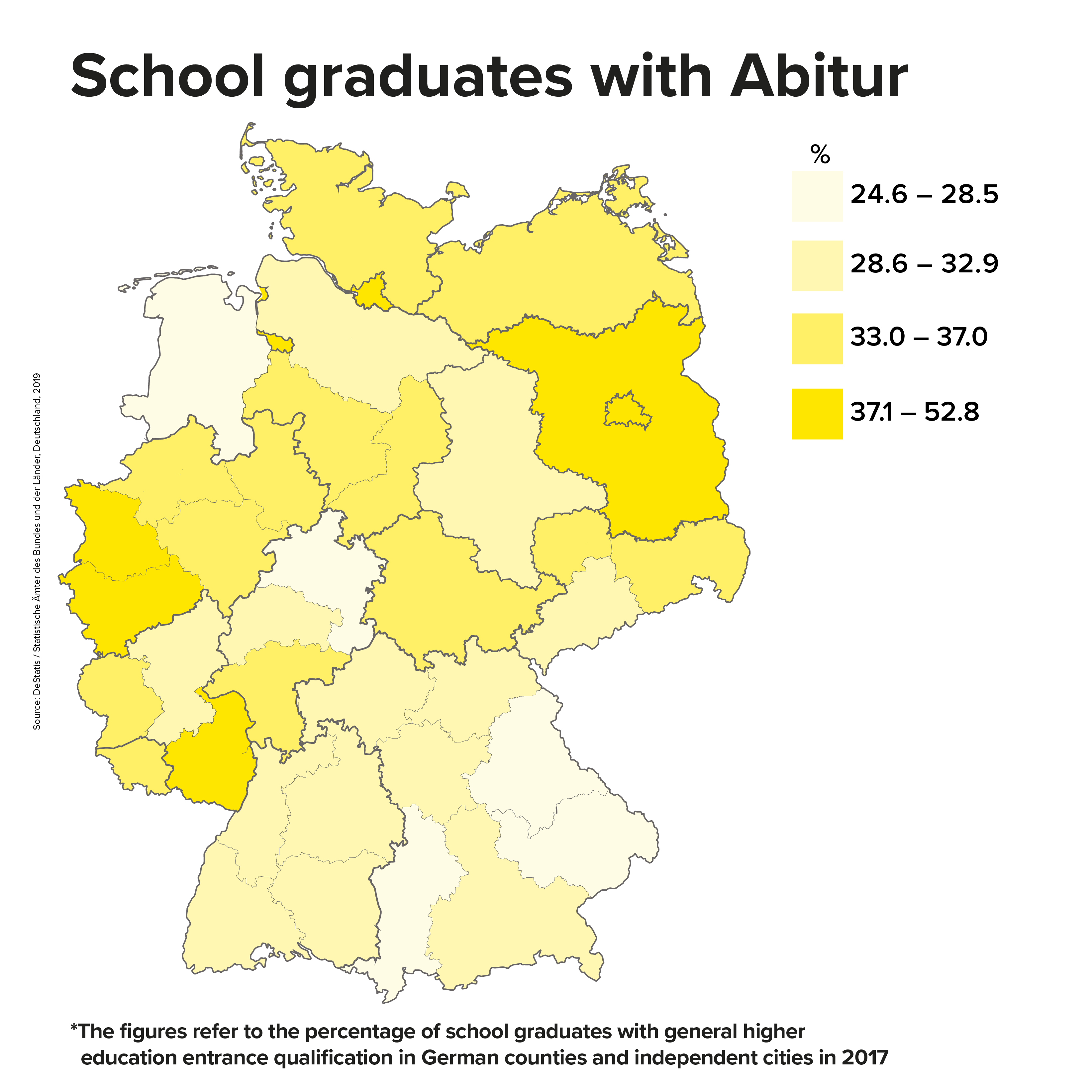 The number of school leavers qualified to enter higher education is just one of several benchmarks for measuring the quality of school education. The schools with the highest numbers of potential university entrants are distributed all over the country.

Germany without the Wall

Taking stock: many things have normalised in the last 30 years, but differences still remain.
Read more

Angie Pohlers was born in eastern Germany the year the Wall came down. How has she experienced the growing together of East and West?
Read more

A life without the Wall

In 1989 the Wall fell, and in 1989 our author was born. She belongs to a generation that never experienced a divided Germany.
Read more