In 1955 the very first documenta in Kassel already attracted a lot attention. And it still does that today. For 100 days every five years the world’s largest exhibition of contemporary art provokes – and stimulates. We present memorable documenta art.

Man Walking to the Sky

Jonathan Borofsky created the trademark of documenta 9 in 1992 with his sculpture Man Walking to the Sky. The American directed views upwards and had a young man walk towards the sky on an inclined metal pole in front of Museum Fridericianum. “Faster, higher, further” seems to be just the right motto for this ever-expanding art show. The sky walker was a success with the public and thanks to a fundraising campaign it was purchased and found a permanent site at the Kulturbahnhof.

Will he or won’t he jump? 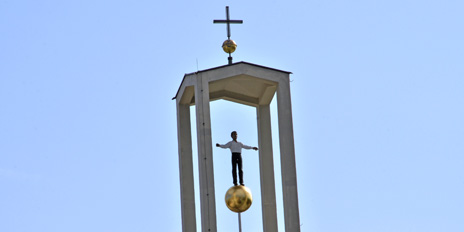 In May 2012, before documenta 13 had even begun, a big stir was caused when a man with outstretched arms suddenly appeared on the tower of St Elisabeth’s church at Friedrichsplatz, a prominent square in Kassel. The figure had been created by sculptor Stephan Balkenhol and was meant to be exhibited later inside the church. First, however, it attracted attention because concerned passers-by phoned the police and fire service to inform them about an apparent suicide. Later, it became a problem for Carolyn Christov-Bakargiev, the director of the documenta at the time, who had not been informed about the installation. 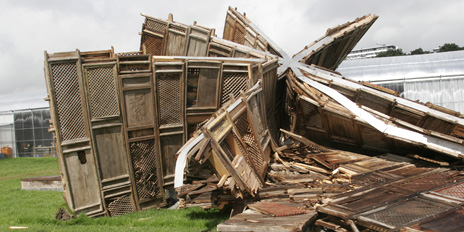 In 2007, the 12th documenta became the most successful ever with a total of 754,000 visitors. The focus of attention fell upon a Chinese artist who was then hardly known in Europe, Ai Weiwei. Only a few days after the opening, his artwork Template, a monument of old wooden doors and windows that had fallen victim to the Chinese construction boom, collapsed after a storm. Weiwei decided not to rebuild the installation in Karlsaue park. “It’s better than before,” said the artist tersely. “Now the force of nature becomes visible. And art becomes beautiful only through such emotions.” 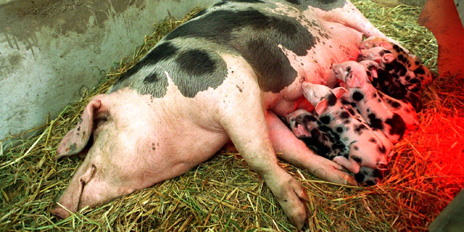 Catherine David, Artistic Director of documenta 10, did not express a particularly charming opinion about the documenta city. She said: “Kassel is hideous!” Nevertheless, the 1997 exhibition had a public favourite: Bentheim Black Pied pigs, part of a rare breed, which lived in the “House for Pigs and People” in Karlsaue park. The exemplary ecological sty housed pigs that artists Rosemarie Truckle and Carsten Holler exhibited behind mirrored glass. Anyone who looked into the sty and was delighted to see happy, humanely kept animals inevitably had to think about mass livestock farming, exploitation and profit maximisation.