What will Europe look like in 2,000 years? International artists offer their thoughts

Europe is in crisis.  Right-wing populism here, the Brexit vote there – how will it continue?  For the “Collecting Europe” festival twelve artists from around the globe have transported themselves to the year 4017.  Initiated by the Goethe-Institut in London and the Victoria & Albert Museum, the exhibition will be made available online after being on display in London.  Here are five of the visions put forward.

Europe and artificial intelligence
In his installation, “The European Classes”, Dutch artist Constant Dullaart is looking for the collective European identity with the aid of so-called neural networks (ConvNets).  These image recognition networks are able to discern certain objects within photographs.  Dullaart has reprogrammed them to focus purely on European pictures.  His work asks how artificial intelligence can influence the image of Europe and perhaps even distort it.

Nature remains
On the island of Spitzbergen the Global Crop Diversity Trust collects various seed samples at the Svalbard Global Seed Vault.  The tapestry “A World in Waiting” created by artists IC-98 and Kutsaa Saksi depicts what the seed vault will accomplish over the next 2,000 years.  The Finnish duo IC-98 is renowned for its animated films portraying landscapes shaped by technology.  Kutsaa Saksi is a textile artist and designer.  In her piece “A World in Waiting” humanity has already been committed to history but its effects are plain to see.  Plants from around the world sprout up in lush forests and real seeds have been woven into the tapestry's material. 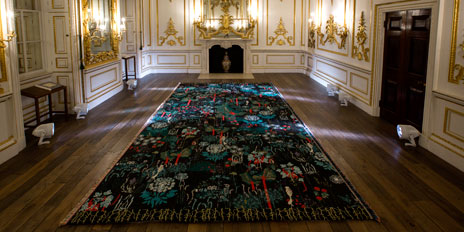 The disappearance of a world we assumed to be safe
“Let me See It” by Italian film maker Rosa Barba tells the story of a man who is losing his sight.  A friend helps him to make a mental note of all the objects in his house.  The images depicted in the film are a metaphor for the disappearance of a world we assumed to be safe as Europe had been for several decades.  The multimedia artist Rosa Barba, who lives in Berlin, has created a work comprising of films, installations and sculptures.  She dispenses with the traditional methods of storytelling used in most films and in doing so creates truly atmospheric works of art.  The language and concept of time are key elements in her work. 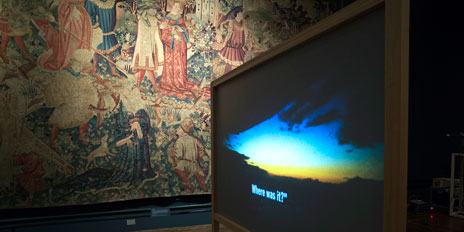 Made from sugar
Sugar, that sweetest of vices, has historically been considered a symbol of power and wealth.  The artists from the British collective AVM Curiosities were inspired by this luxury commodity as well as European architectural heritage to create the sculpture “Alabaster Ruins”.  They combined sheets of sugar, produced according to recipes from the 17th century, with contemporary 3D printing.  In this way they were able to bring together fragments from English Tudor, French Gothic, German Baroque and Classical Greek structures.  The sugar forms were produced using items from the Victoria & Albert Museum's collection as templates – ephemerality and the desire to preserve are both reflected in the work. 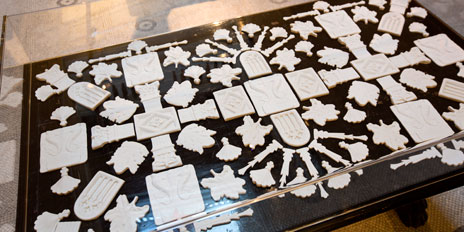 Post-civilization
The installation “Mysteries of Lost Civilisations” sounds like something out of an Indiana Jones film: in the year 4017 archaeologists discover a huge metal plate whose function and origin is unclear.  The plate is covered with relief printings, seemingly deformed but are actually motifs from everyday life.  To create this piece Taiwanese artist Tu Wei-Cheng combined moulding, casting and corrosion methods.  With the aid of these supposed relics he asks us to consider the possible events over the next 2,000 years, which would lead to the discovery of such a cultural relic.  War?  Natural disasters? Or simply time? 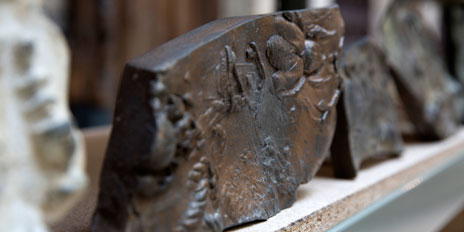 Museums and Galleries in Germany