“A driving force for development”

There are roughly 150 million migrant workers worldwide. Their future is one of the main themes at the summit meeting of the Global Forum on Migration in Berlin.

Germany and Morocco are Co-Chairs of the Global Forum on Migration and Development (GFMD) in 2017/2018. This platform has brought together representatives of governments and civil society for ten years. From 28 to 30 June 2017 the members will gather for a summit meeting in Berlin. Götz Schmidt-Bremme is the German Ambassador for the GFMD Chair. What does he expect from the conference? 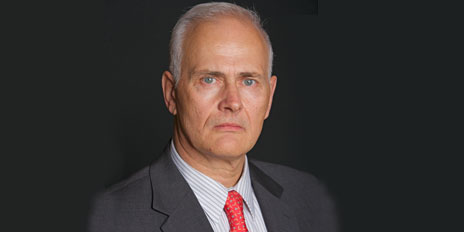 Why does Germany participate in the Global Forum on Migration and Development?
On the basis of the following question: what is Germany’s responsibility and what are its interests? This forum does not want to replace conferences about refugees, but to focus on migration in a broader sense. Despite all the concerns about refugees as defined in the Geneva Convention, we must not lose sight of the many other migrants and their fate. In the context of our Co-Chairmanship, therefore, we wish to direct attention above all towards the roughly 150 million migrant workers worldwide.

Participation in the GFMD is voluntary; its decisions are not binding. What makes this effort worthwhile nevertheless?
A format of this kind often enables you to make more progress than when you demand an explicit commitment to specific goals. At the GFMD, governments commit themselves to specific steps on a basis of consensus. You can build on that.

In 2017, the GFMD is working under the motto “Towards a Global Social Contract on Migration and Development”. What could such a social contract look like?
With this motto we are expressing our wish to build a bridge and find a viable solution for all. Very different interests have to be taken into account here: those of the countries of origin and of the countries of destination, as well as the needs of the migrants themselves.

What concrete results do you expect from the summit meeting in Berlin?
We want to create a balance of interests and find ways of better protecting the especially threatened group of irregular migrants. This also especially involves the children. Their healthcare, education and safety from exploitation must be guaranteed. We must help them and simultaneously broaden the possibilities for legal migration. According to the OECD, Germany has the world’s most liberal immigration system and few difficulties with keeping its doors open for regular migration. Other countries have more, however. This is where we want to find a political agreement.

How do Morocco and Germany complement one another as Co-Chairs?
Until now there has been an annually rotating Chair. This short period of time made it difficult to move topics forward. We will now jointly hold the Chair with Morocco for two years and therefore be better able to organise. The partnership with Morocco made sense because the greatest migration pressure on Europe will continue to come from Africa. The two countries have chosen main themes for 2017 and 2018 that complement one another. In Germany’s case that is labour migration: Germany is looking for specialists, while countries like Morocco have a young population and a lack of practical vocational training opportunities. With the aid of the GIZ (Deutsche Gesellschaft für Internationale Zusammenarbeit) we are training young Moroccans for the local labour market or preparing them for a training programme in Germany. Morocco has chosen Climate and Migration as its main theme. That seems logical since the international climate summit in Paris was followed by a summit in Marrakesh where concrete decisions were made. Migration caused by climate change was also a topic there.

What role does business play in the GFMD?
An important one, but a rethink was required here on the part of governments and civil society. We have to regard migration as a driving force for development: the large numbers of migrant workers worldwide are responsible for remittances to their countries of origin totalling between 460 and 580 billion euros per year – depending on the calculations used. However, they often live and work in precarious conditions. Migrant workers from Bangladesh in the Gulf region, for example, often have to pay one to two annual salaries as an agency fee before they can earn money for themselves and their families at home. It is therefore crucial to arrange decent and fair work, and this cannot be done without the employers. We need sound partners to set standards. It is our idea to make information about standards and best practices available on a website. By doing this, we create a point of reference for workers and also show that things can be done differently.

The interview was conducted by Helen Sibum.

Do you want to create housing or jobs in Germany, or are you planning to invest money abroad? These portals offer you competent advice and present economic promotion programs for every need.
Read more