Sixteen women and men have been honoured with the first Franco-German Prize for Human Rights and the Rule of Law.

They have shown civil courage and an outstanding commitment to human rights: 16 women and men from Asia, Africa, Europe and Latin America have been honoured with the first Franco-German Prize for Human Rights. German Foreign Minister Frank-Walter Steinmeier and his French counterpart Jean-Marc Ayrault presented the award on 1 December in the Weltsaal at the Federal Foreign Office in Berlin. The Syrian White Helmets received a special prize. The Syrian civil defence organisation, which has existed since 2013, is a group of roughly 3,000 volunteers who help to rebuild local infrastructure.

“Calling for human rights is one thing – but making sure that words are followed by deeds, standing up in the face of injustice, these are things that require real courage,” said Federal Foreign Minister Steinmeier in his address. “This courage is evinced every day by dedicated men and women all over the world.” The 16 prize winners, who often put their own safety at risk to help others and expose injustice and despotism, were nominated for the worldwide award jointly by German and French missions abroad. The prize is to be awarded annually from now on. During their stay in Berlin the committed human rights advocates will also have an opportunity to discuss their experiences together and visit the Bundestag or the German Institute for Human Rights. Interviews with three prize winners: 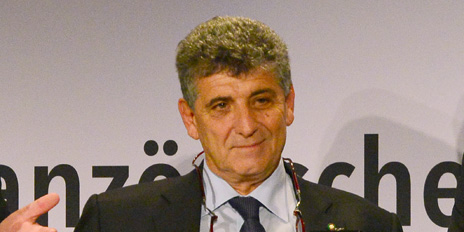 Pietro Bartolo, Italy, is a gynaecologist who has campaigned for 25 years on Lampedusa for the introduction of an initial medical examination for refugees – especially for women and children.

Mr Bartolo, what led to your efforts on behalf of refugees?

I come from Lampedusa myself. When the first refugees arrived there, I thought to myself: “It’s your duty as a human being to help them.” I defend the right to life. Before I became a doctor, I was a fisherman. One day I almost drowned; it was terrible. I can therefore understand what the refugees go through. My work on Lampedusa is difficult, it distresses me. But I will do it until I die, if it’s necessary.

What does this prize mean to you?

I am very happy, and proud, that I have received it. For me, however, it would be an even greater prize if the present situation for refugees would not be as it is. But I am pleased about the prize, because it can create awareness of this tragedy.

What do you now expect from Germany and France besides this prize?

I expect both governments to force the rest of the European Union to accept refugees. The solution must come from politics. We do not have the power ourselves to end this tragedy. 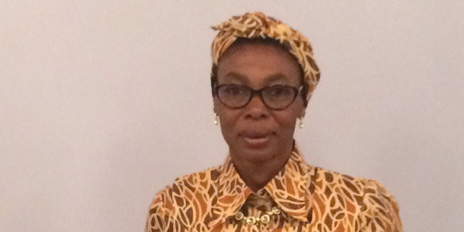 Maximilienne Ngo Mbe, Cameroon, is a founding member and secretary general of Réseau des Défenseurs de Droits Humains en Afrique Centrale (REDHAC), an NGO that has set itself the goal of networking defenders of human rights in Central Africa.

How did you react when you discovered you were nominated for this prize?

At first, I didn’t believe it. I was afraid that if I accepted the prize, the governments of Central Africa, which claim I have been bought by Western countries, would see their claims confirmed. But then I thought to myself that a prize like this would be a fantastic acknowledgement of the work that several countries in Central Africa do within the REDHAC framework.

To whom do you dedicate this prize?

To those who fight with me for human rights in Central Africa. I also dedicate it to my children who live in France and who had to flee because of the many threats my family and I have had to face due to my work.

Is there anything that you would wish?

I am very grateful for this prize. But I would not like it to stop there; it is my wish that Germany and France continue to support us. This prize should enable us to remain in our countries and not have to flee elsewhere. 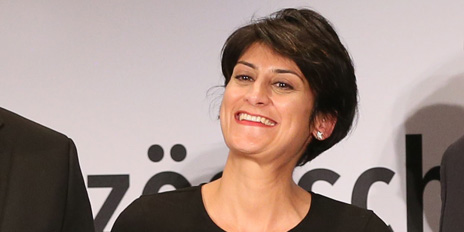 Sarah Belal, Pakistan, is a lawyer and co-founder and head of Justice Project Pakistan, an NGO that has campaigned against the death penalty since 2009.

How do you feel now, immediately after the award ceremony?

I feel honoured. Such prizes can make the public aware of our problems in Pakistan. I am optimistic that Germany and France will continue to work with Pakistan to persuade the country to fulfil its international obligations. And that includes re-introducing the moratorium on capital punishment.

How did you come to campaign against the death penalty in Pakistan?

I grew up in Pakistan during the 1980s, and from infancy my parents sensitised me to the great divide between rich and poor in Pakistan. As a result, I have always wanted to contribute to building social justice. That’s why I studied law, and during my studies an English lawyer who campaigns against the death penalty in the United States impressed me very much. So I began to occupy myself with the subject. Later then I co-founded the NGO Justice Project Pakistan to campaign against the death penalty, and I have led it until today.

What does your work mean to you?

I would like not only to save lives through my work, but also to improve my country’s image abroad. Imagine: Pakistan is third worldwide when it comes to executions. And we have the largest documented number of people there who have been sentenced and are waiting for the death penalty; that is between 6,000 and 8,000 people. I do not wish Pakistan to be characterised abroad by this aspect alone.

Congratulations on receiving the prize!

An overview of all prize winners