Saving the bees together

When it comes to species protection, don't forget the bees. Many people in Germany are helping protect them.

There are about 550 species of wild bees in Germany. picture alliance/dpa

Around 80 percent of all flowering plants have to be pollinated by insects in order to produce fruit: most of this work is done by bees. Now many bee species are threatened with extinction. Because of land use for farming, they find too few nesting sites in the ground or suffer from the effects of insecticides. 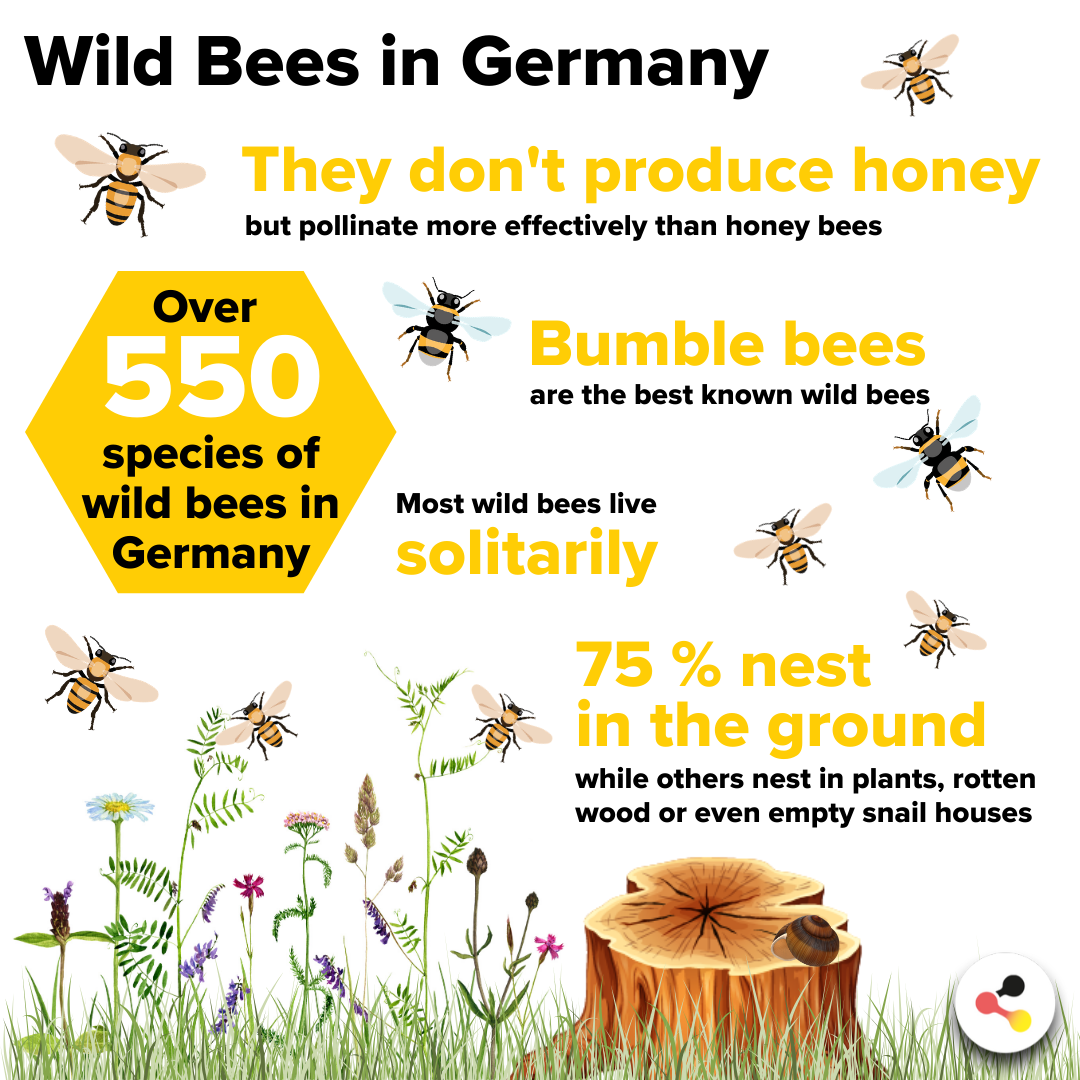 The bees' distress has generated a great deal of concern among many people in Germany. Whether in allotment gardens, supermarkets or at the airports, people everywhere are committed to helping protect their favourite insect. Perhaps this also has something to do with the fact that almost every German has since childhood known Maya the Bee. She is the main character of a very popular German children's book from 1921, which was later made into a television cartoon series with a total of 182 episodes that were shown from the mid-1970s to 2012.

Between bee hotels and wildflower beds

In German gardens, flower beds planted with one of the many “wildflower mixtures” are found almost everywhere. You can get the mixtures in every supermarket in Germany, often even as a giveaway. Because wild and honey bees often don’t find enough food, many people plant wildflowers to "feed" them. Some even set up nesting aids called “bee hotels”, where wild bees can find shelter, breed and winter.

Bee hotels are made of clay, stone or wood. Tubes that have already been used
are cleaned by the bees themselves and re-covered.
privat

Honeybees are not as endangered as wild bees. Unlike many of their wild fellow species, they are not loners. Many Germans now therefore try their hand at beekeeping. Whether on balconies, on the roof of the Reichstag or at Hamburg Airport, honey bee boxes are everywhere. A total of around 150,000 beekeepers in Germany care for around one million bee colonies.

In agriculture, too, more and more specific ideas to protect bees are being tried. Many farmers set up flower strips at the edge of their fields to create food, reproduction points and havens for the insects. They also plant the colourful wildflower mixtures here.

The manuring of plants is likewise coordinated with the needs of bees. While many farmers refrain from fertilizing their fields during the entire flowering period, others spray only after sunset so that the agent can dry by morning and is not ingested by the bees.

Small creatures with a big impact

Why the German government is making a big effort to protect bees.
Read more

The big A to Z of Germany

You want to live in Germany? We explain 26 important terms that will help you understand Germany better.
Read more

Eight facts about – plus one challenge for – climate protection

Germany can and wants to achieve the climate targets but is facing one major challenge.
Read more