Is the air in Germany really that good? Read here how much truth there is in this cliché and what German cities are doing about it.

We asked our international community: "What is typically German?" We present the most common answers here – with explanations and background information. This time: "Good air in German cities".

Is the air in Germany really good?
In fact, the air in Germany and Europe is getting better all the time. This was shown as recently as November 2020 in a report by the European Environment Agency (EEA). According to a study by the World Health Organization (WHO) air quality in Germany just about managed a 'good' rating in 2019; particulate matter smaller than 2.5 micrometres in diameter (PM 2.5) was measured at 11.01µg/m³. Emissions have decreased significantly since 1995.

The situation is different when it comes to pollution with nitrogen oxides, a precursor substance of particulate matter. According to the Federal Environment Agency, major German cities and conurbations are very heavily polluted with nitrogen oxides.

What is being done about air quality?
Politicians and the civilian population have come up with a number of ideas to make their living space greener. One example is the city of Essen in the Ruhr region. Dominated in the past by coal and steel mining, Essen has created parks and local recreation areas over the past 100 years and converted disused industrial plants into an 'industrial habitat'. For this, the city has been awarded the title of European Green Capital. The award is intended to encourage others to think greener into the future.

German cities are doing a lot to become cleaner. Take Hamburg, for example: following the example of Singapore, the Hanseatic city now punishes littering – i.e. throwing away rubbish on the streets and in nature – with fines. On the other hand, citizens who separate their waste properly are rewarded with lower charges.

The German Federal Government supports the improvement of air quality in cities. For example, many municipalities are converting their city buses to zero-emission vehicles. Green oases such as urban gardens also make for better air.

What does all this have to do with the coronavirus?
According to the Environment Agency (EEA), the air in Germany and Europe has improved during the coronavirus-related lockdowns. In April 2020, nitrogen dioxide concentrations fell by a third in Germany.

For those who want to know the exact figures, the Federal Environment Agency offers a map of Germany with current air data. 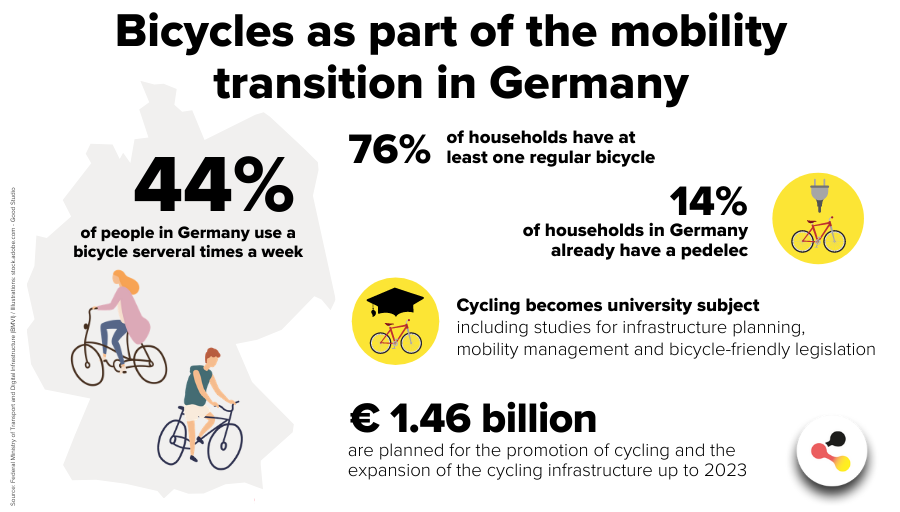 An expert in urban development explains how growing cities will remain liveable and how lifestyles and mobility will have to change.
Read more

What should a city look like for people to feel good? The neuro-urbanist Mazda Adli explains.
Read more

How “clever” do cities need to be to meet the challenges of the future? International visitors familiarise themselves with German smart city projects.
Read more