Diversity is its mandate

Judith Rakers has been a Tagesschau newsreader since 2005. picture alliance / dpa

There are two different types of broadcaster in Germany. On the one hand there are television and radio broadcasters that belong to private companies and are financed by subscriptions and advertising revenue. And on the other there are the public service broadcasters that derive their funding partly from compulsory contributions from all households in Germany and partly from advertising. They include the TV broadcasters of ARD, an association of several regional broadcasting institutions that was founded on 9 June 1950. The international broadcaster Deutsche Welle belongs to ARD, as do ZDF and Deutschlandradio.

A mandate to shape public opinion

Part of the remit of the public service broadcasters is to provide comprehensive, multifaceted and objective reporting on political and social issues. This is intended to help all citizens to form their own opinion about a wide range of topics. The broadcasters provide a basic level of information for the general public, remaining politically and economically independent.

To ensure that this remains the case, people in Germany are required to pay a licence fee. The public service media receive 17.50 euros per month from every household, helping to keep them independent of private companies and of political influence by the state.

The BBC: a role model for German broadcasting

Public service broadcasters are to be found in many European countries. One of the oldest is the BBC in the UK. It served as the role model when the Western Allies established public service broadcasting in Germany after the Second World War. It was not until the 1980s that these broadcasters faced competition from commercial stations. The Interstate Broadcasting Agreement requires all broadcasters in Germany to ensure the “free individual shaping of public opinion and the plurality of opinion.” 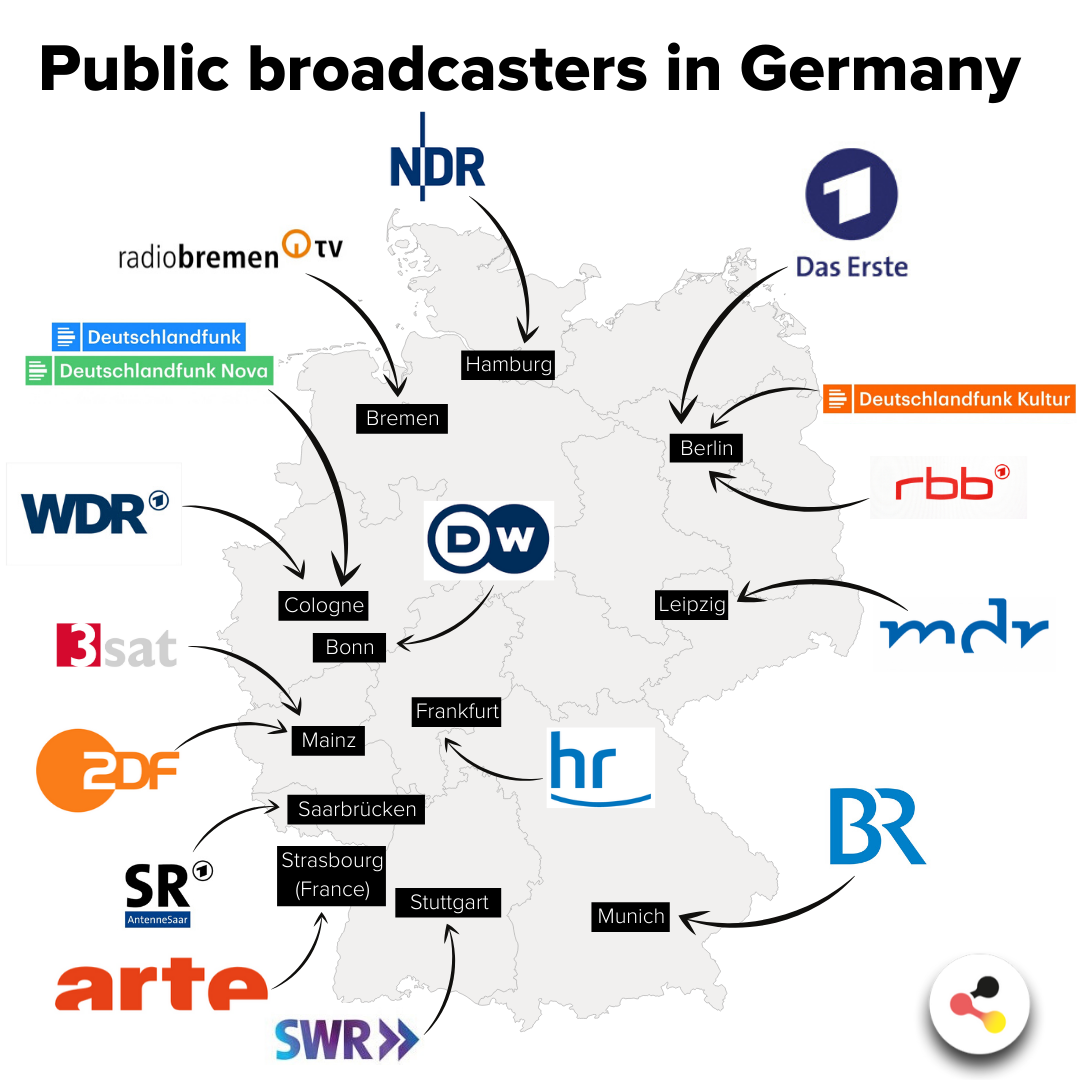 To this day, the public service broadcasters are among Germany’s most popular stations. No news programme in Germany attracts as many viewers as the ARD’s Tagesschau, which airs every evening at 8 pm. In 2019, an average of 9.8 million people watched this evening news broadcast. Especially during the corona crisis it is noticeable that the reliable information provided by public service stations are in particular demand – even among younger viewers. Surveys show that this target group gives the credibility of the broadcasters a particularly high rating of just shy of 70 percent, which significantly exceeds the figure they give reporting in print media (42 percent), private broadcasters (23 percent) and above all social media (7 percent).

How a newspaper comes about

How does a German newspaper get its news? Who verifies whether it is true? Let us explain the whole process, from selection of news stories to final print.
Read more

Free media form an important part of any democracy. However, they are denounced by populists for political reasons – in Germany, too.
Read more

An overview with the most important facts about newspapers and media consumption in Germany.
Read more