500th Anniversary of the Reformation: A view from outside

The Luther Path leads from the Wartburg castle through the forest and down to Eisenach. On a summery day in June, when 15 international guests on the Federal Republic of Germany’s Visitors Programme are following in Luther’s footsteps, the rain has set the earth steaming. There’s a scent of moss and bark and water drips from the dense canopy of leaves overhead. “A wonderful place to be alone and meditate,” comments Abraham Mengesha Mitku from Ethiopia. The President of the Central Synode of the Ethiopian Protestant Church, Mekane Yesus, is one of the visitors exploring the place where, from May 1521 onwards, Martin Luther spent a year in a small study translating the Bible. 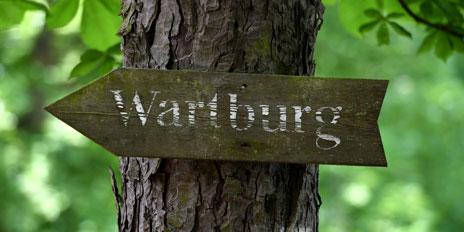 “It is fascinating to be able to localize Luther at the Wartburg in his historical context,” agrees Marianne Wilson. She coordinates the Reformation Programme at Britain’s National Archive. To walk the paths, experience the scenery, view the room where the reformer spent his time – the entire group enjoys the opportunity, albeit not without critical distance.

At the Wartburg, Ágnes Pángyánszky is specifically interested in the national special exhibition on “Luther and the Germans”. “What knowledge does it include and what gets left out? What do the Germans find interesting about their history and how do they present it?” the Hungarian vicar wishes to know – she teaches at the Lutheran Theological University in Budapest. Afterwards, she says she found the presentation balanced and honest. “And the Protestant Church under the Third Reich is included,” she continues, and is impressed by the straightforward yet clear summary the exhibition offers. “Luther was a monk who believed in something and that had all sorts of consequences.”

These consequences are also of interest to philosopher and religious scholar Zhejun Yu from Shanghai’s Fudan University. Yu is translating Max Weber’s “Protestant Ethic” into Chinese and his research focus is religion and the public space. “Here, I experience how much the Germans are aware beyond all Reformation anniversaries of their ambivalent relationship to religion.” Hardly surprisingly, the programme items on interreligious dialogue are what he likes most.

Father Marco Tulio Martinez Salazar finds Germans’ love of debate quite normal. He believes it has to do with the profound social change caused by the Reformation. Salazar is rector of the Rafael Landívar University in Guatemala, founded in 1961 by Jesuits, and he believes that Luther established the discussion on faith, as until then the Catholic Church had conducted something like the globalization of faith. “With his translation of the Bible, Luther taught that we should question everything and consider the local again. Today, that is a very modern stance and I find it thought-provoking.”

In this regard, Abraham Mengesha Mitku has already trodden in Luther’s footsteps. In Ethiopia he campaigned for the translation of the Bible into the most important of the indigenous languages. He was sharply attacked for this and accused of sowing disharmony by thus supporting different cultural and linguistic identities in Ethiopia. “For me it is very much in line with Luther’s thinking: United under the roof of a single church, if only for reasons of education you need regionally specific approaches to the Holy Scriptures.”

In conversation with Feridun Zaimoglu

In the evening, the guests again concern themselves closely with Luther as a person and his life in exile – at a reading by Feridun Zaimoglu. The German author’s novel “Evangelio” is about Luther’s time at the Wartburg. In the book the picture of a person with feelings and weaknesses emerges – the reading is followed by an animated discussion about history and fiction, truth and lies. 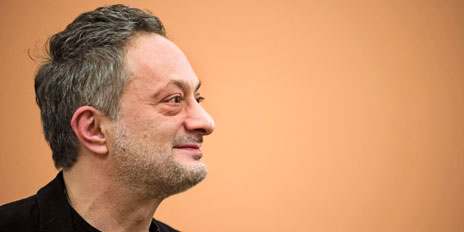 Marianne Wilson asks what the author would say to people who find historical fiction misleading. Zaimoglu answers that he believes in the better legibility of the world if he translates life into a story. Romanian historian and archivist Thomas Şindilariu smiles and concedes the point. “The only thing that is certain is the future, after all, because the past is always changing” he says and thanks the author for the reading. “You gave me Luther in poetic form.”