How the state makes sure that children can lead a good life.

Children’s rights are to be enshrined in the Basic Law. Halfpoint - stock.adobe.com

Around 10.5 million children live in Germany, that’s 12 percent of the population. Most live in a family with married parents and have at least one brother or sister.

Because both parents often work, more and more toddlers are cared for in day-care centres. Since 2013, every child from the age of one has had a legal entitlement to a childcare place. Almost 820,000 children under the age of three attend a day-care facility – much more frequently in the eastern Länder than in the west. At the age of three at the latest, it’s time for kindergarten because regular social contacts are important for a child’s development.

is the usual age at which kids start school.

is the age of legal majority.

of the children have married parents.

grow up with a single parent.

of children under five come from a migrant background.

At least nine years of schooling

For children in Germany, life begins in earnest at the age of six. Most have started school by this age. About 733,000 children started school in the 2019/20 school year. The first day of school is a big day for everyone and is celebrated in the family. Every child gets a satchel, a pencil case and a ‘school cone’ filled with sweets and little presents. Education is compulsory in Germany. Every child must attend school for at least nine years. 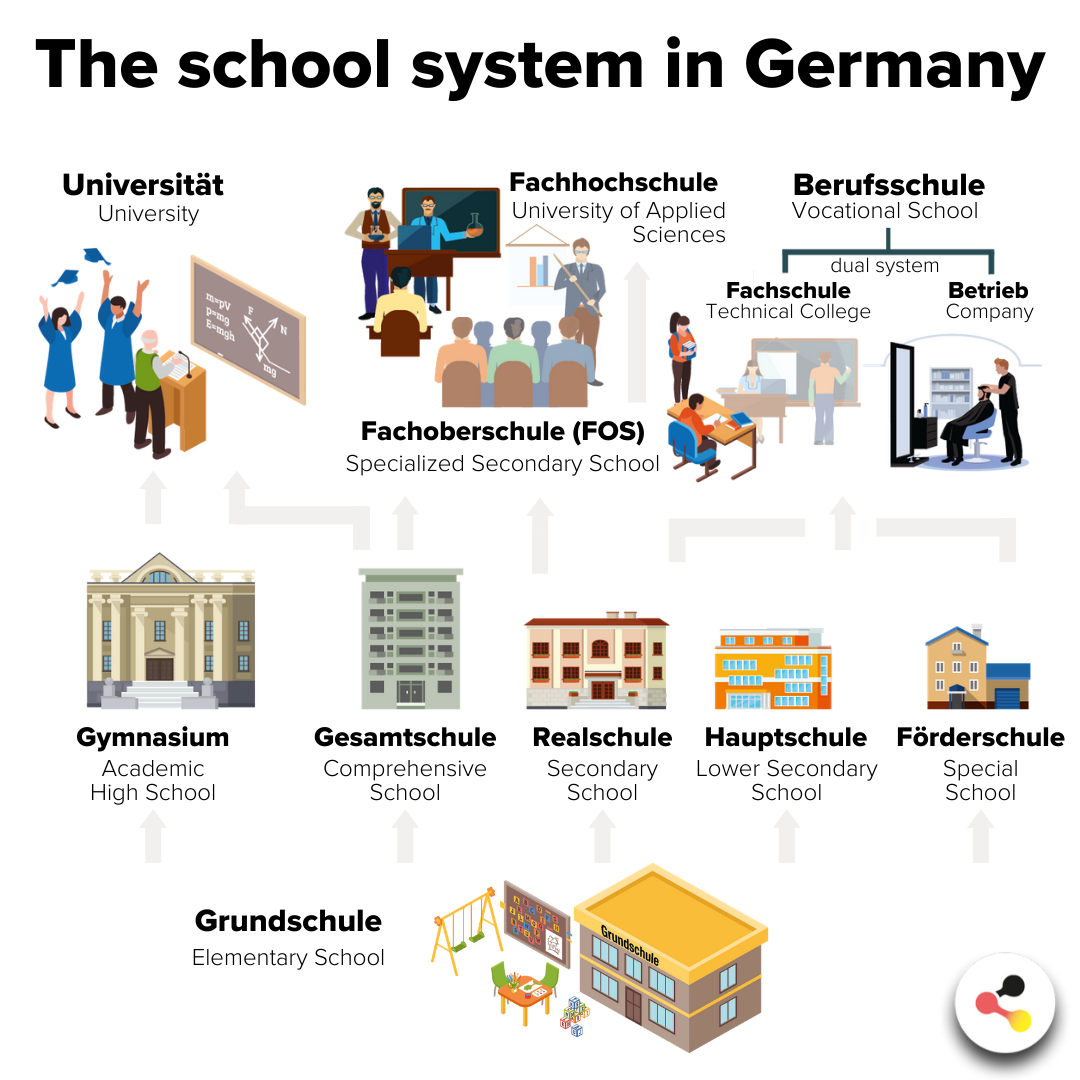 An international childhood in Germany

Germany is diverse. And this diversity is also reflected in the families who live there. According to the Federal Ministry for Family Affairs, Senior Citizens, Women and Youth, nowadays almost one in three children lives in a family in which at least one parent immigrated to Germany or has foreign citizenship. Just shy of 4.1 million children are growing up with more than one language and culture.

For families who have come to Germany as expats, international schools are an interesting option, as indeed they are for pupils planning to continue their education or professional career abroad. Their curricula and qualifications are based on the school system of the home country, which is why they often differ considerably from the German school system. Classes are taught primarily in English or the language of the home country. These days there are numerous international schools across Germany, and the qualifications obtained there are also recognised at many German universities.

But school is not everything. What do children’s lives look like otherwise? Children have a right to a non-violent upbringing; this has been enshrined in Germany’s Basic Law (constitution) since 2000. In addition, Germany ratified the United Nations Convention on the Rights of the Child nearly 30 years ago. As a result, the country is committed to ensuring the well-being of all children and protecting their rights. They should be well looked after and grow up in dignity. It also involves respecting their opinions and enabling participation. That children’s rights should also be enshrined in the Basic Law is a question that has been discussed in Germany for a long time. In its coalition agreement, the Federal Government has decided that this should now happen.

UN Convention on the Rights of the Child

How families live in Germany

Why many Germans do not become parents until late in life, and how families are supported by the state.
Read more

What is important for children in Germany

A study reveals children’s wishes, values and concerns – and their attitude to refugees. Here are the most important facts
Read more

How much it costs to have a child

How much money will families in Germany have spent by the time a child reaches adulthood? We have totted up the main costs.
Read more