February 21st is not only Mother Language Day but also 2020 Carnival Friday. Everywhere in Germany this means costumes, fun and sweet pastries – “Berliners” in Cologne, “Krapfen” in Bavaria, “Kreppl” in Mainz, “Pfannkuchen” in Berlin. What sound like different regional specialties, however, are just different words for the same treat. The specialty is the dialect. 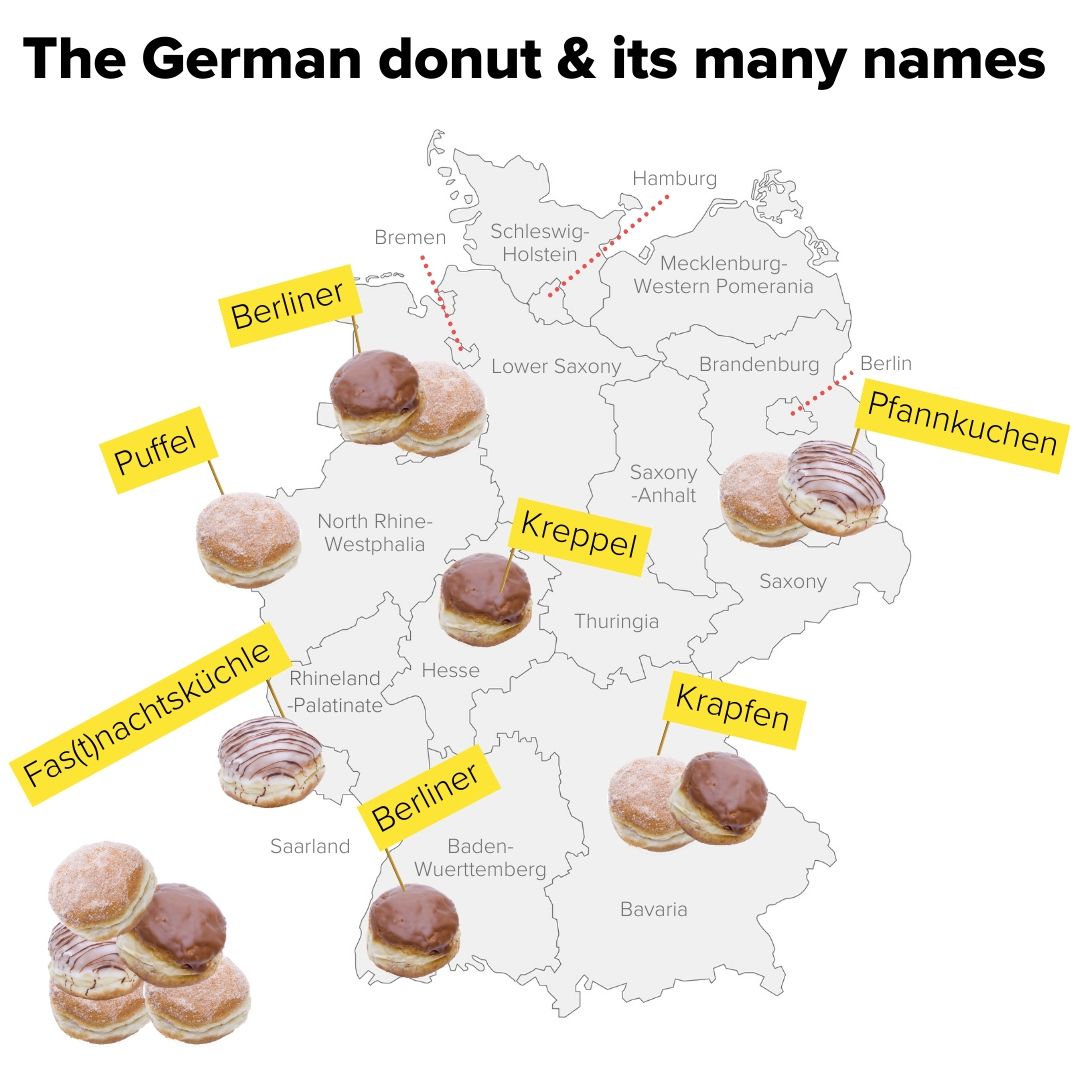 Researchers classify the dialects in Germany under 16 larger dialect groups. In southwestern Germany, people “schwätzten” (chat) Alemannic, further north they “babbeln” Hessian, while in Hamburg they “schnacken”. But a dialect is more than just its vocabulary. It is also a separate linguistic system, with its own rules and a characteristic speech melody. The term “dialect” comes from ancient Greek and means "conversation and parlance of groups".

Until the end of the Middle Ages, scholars and clerics spoke and wrote Latin in the region that is now Germany. The people spoke dialect. Small states and a lack of mobility ensured that vernaculars took shape over the years.

The standard language developed only in the early modern period, initially only for written use. Today, High German is the uniform standard.

If you want to take a language course in Gerrmany, you don't have to worry about which federal state you choose: the standard language is taught everywhere. In federal states with pronounced dialects, such as Bavaria, Swabia and Saxony, it may be a little more difficult to understand some locals in everyday life. On the other hand, hearing dialect gives you the experience of a unique cultural product. Because fewer and fewer people speak dialect in Germany, ten years ago Unesco included Bavarian in the Atlas of the World’s Languages in Danger.

Deutschland.de is organizing a competition for International Mother Language Day. From 17 to 28 February 2020 you can register here and win a handy digital translation device and attractive German learning packages!

Here we introduce you to the peculiarities of the German language, from extremely long words to a unique letter.
Read more

Why there are more German words than most people might think. Surprising facts about the German language.
Read more

The “speech of the natives” or a very special language? The bestselling author Wladimir Kaminer reflects on Mother Language Day.
Read more